Nothing she was feeling about herself had any sense of congruence and things about that state of being might very well be what were causing the inertia that seemed impossible to be stopped of its tendency to keep her from changing. What outside force could come to save her?

Maybe a change in weather.

Aside from any sense of looking forward to adventures yet to come and fully knowing that she usually wouldn’t let much get in the way of proceeding henceforth, her bones and muscles weren’t behaving as they should and if she looked into a looking glass the person looking back didn’t match with the one she had in mind for being able and only seemed to serve as a reminder of all the things that lacked agreement.

Dreams have their own way of changing. The person housing them might not have much to say about the matter.

She had been dreaming of remodeling her bathroom herself — of taking out the tub and tiling all the walls so that cleaning the whole room could be arranged by spraying a hose and all the plumbing would be exposed outside the walls somehow so if they ever needed repairing again, it wouldn’t involve another complete undoing.

Some very high-end designers had designed it once in a magazine and she has been lusting after it ever since. Of course they had done it for a young and up and coming couple who had no end of money — but she had believed that with enough will and strength that she could do it for herself — someday. It would have been better to have done it sooner than this much later because uncooperative body parts were now impacting that scenario some — so the dream might have to change but only insomuch as to change how it gets done — earn enough money to pay someone else to do it. Maybe she can write a book because it doesn’t look to be like there are many other options left to make that kind of money — certainly not sewing and alterations and who would possibly consider hiring that gray lady in the mirror.

No one has to see you when you’re writing and you can be exactly who you want to in the pages of a novel.

Dreams have their own way of changing. At some points they just have to be given up completely.

There are millions and millions of people writing books or wanting to — are the odds of that success any better than winning the lotto — it doesn’t always seem to be a matter of talent. She was still “you can’t win if you don’t play” playing, so she might as well keep buying the idea of writing a novel. After all, she’d met him in a one-in-a-billion chance of meeting.

They’re all just numbers after all. Numbers that have as much chance of going this way as that.

And even though he’d come and gone like a monsoon flooding — sweeping in, pouring down, running over and leaving just as quickly as forming — and even though it was scarcely possible to remember how he had looked like the inertia-breaking superhero that he had ended up as being — nonetheless he had been.

So anything was possible — at least as possible as the changing of the weather. She might as well keep practicing — there was no way to know which way any of it would end up — if it would go this way or the other. Either way it might impact inertia and even put some or all of the other things in better or full agreement.

It was certainly better than doing nothing. 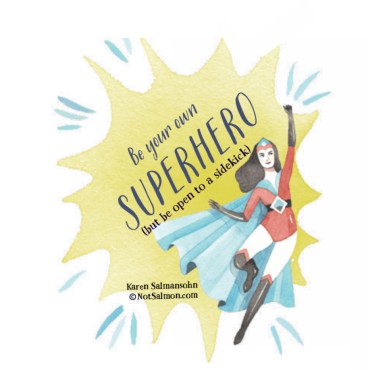